Showing posts from April, 2019
Show All

Cut out Books Will Make your Child to Read in this Summer! Being a parent, I have been taking my efforts to make my children a book reader.

I introduced them to the story books. I read them some. I read short stories in tamil children story books and reading english books and translating it to them.

When i tried to do read them during the bedtime, as i had watched in many english movies, and as per the advise of my Friend, the result was vice versa. Instead of sleeping, they became active and was asking for more and more stories, finally making me to feel tired! Ofcourse, i closed the book, switched off the lights and told them to close their eyes, think of the stories i told them. This had resulted in listening to stories and not in reading.

For my housewarming function, I had purchased the cut out story board books to gift for the children. My daughter was given incharge of distributing the books to the children. She liked the job, instead of giving each book to one child, she had given more than one, based on her liking. She had also…
Post a Comment
Read more 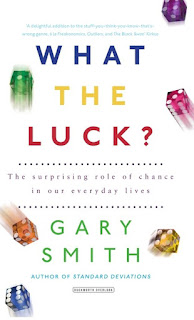 I was surprised to find that i could find 8 books based on Luck. Out of which,

https://bookwomb.com/what-the-luck-the-surprising-role-of-chance-in-our-everyday-lives.html We underestimate the importance of luck in our lives. We think too highly of the golfer who wins the British Open and, if he loses the next tournament, we speculate that he slacked off. Although the winner is surely an excellent golfer, good luck in how the ball bounced and how it ro…
Post a Comment
Read more
More posts